What's Next for Medical Devices and Artificial Intelligence - Penrod

What can we help you find?

What’s Next for Medical Devices and Artificial Intelligence

In the age of automation, the computer science subspecialty known as artificial intelligence (AI) is sort of a nebulous buzzword. Let's attempt to define it.

At its core, AI is a field which aims to continuously answer Alan Turing’s famous question: Can machines think?1

In the decades since, the field of AI has exploded and spawned numerous applications and subfields, all committed to endowing machines with ‘intelligence’. 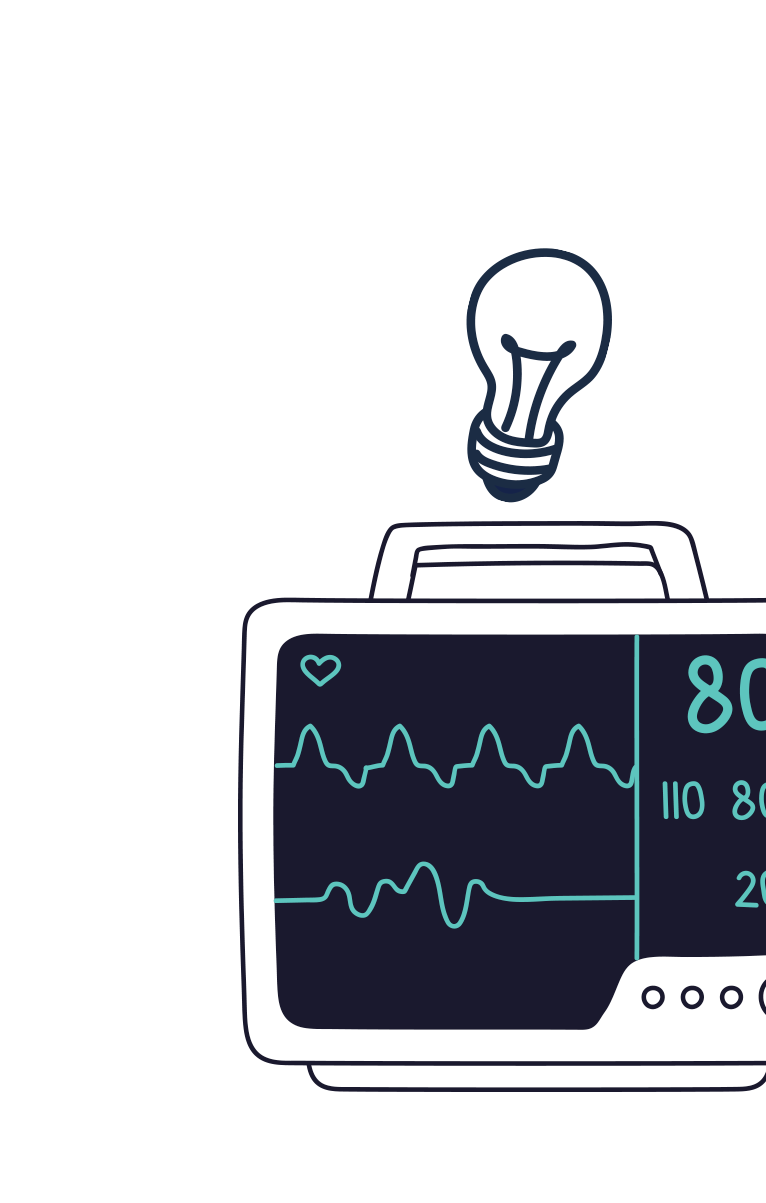 We all have some intuition for the concept of intelligence. Many times, we anthropomorphize it to make sense of the fact that it may be in an object. For the sake of this article, let’s define intelligence as the ability to respond to external inputs with a reasonable output. According to this definition, nearly everything is intelligent. For example, (some of) your co-workers can answer yes/no questions via e-mail, your dog expresses heartwarming joy at the sights and sounds of his or her leash, and Google can finish your sentences.

In the interest of brevity, our definition of intelligence can benefit from a slight modification: the ability to respond to external inputs with a reasonable output that is relevant to the human experience. The requirement to make intelligence ‘artificial’ is that the aforementioned input-output process is carried out by machines rather than cats, dogs, or co-workers.

Siri, are you intelligent?

We already interact with AI daily. In the case of smart phones, functionalities such as facial recognition make use of AI to handle a large, complex, and beautiful dataset: your face. To do so, the image collected from your camera is digitized, then statistically compared to other digitized images in a database. A number of features are extracted from an image to generate this dataset, including lip contour, ear shape, chin shape, eye spacing, and many others. Given that the remainder of this article is focused on the interaction of AI with healthcare technology, it is interesting to note that facial recognition has great potential to assist in the diagnosis of genetic and other medical disorders, especially those which require detail that is too subtle for a physician’s naked eye.2 A very similar approach is used for vocal recognition, which makes use of a special ‘flavor’ of AI known as natural language processing (NLP).

For better or worse, social media is another enterprise laden with AI. Mark Cuban famously purchased stock in Twitter once they “…got their act together with artificial intelligence.”3 The way that Twitter, and many other social media platforms, make use of AI is similar to the facial and vocal recognition examples described above. In the case of Twitter, user behavior is the input data and these data are statistically compared to a database, leading to their categorization. Twitter can now categorize the user, leading to an effectively endless supply of relevant content. Check out this article for more information about how social media platforms like Twitter make use of AI.

But how is this relevant to you? Well, categorizing the user is exactly the goal of AI in medical devices.

It is common knowledge that the programs and devices we encounter frequently are getting smarter thanks to the rapid growth of – and hefty investments into – AI. In the remainder of this article, I will take a closer look at AI through the lens of the medical device industry. According to the U.S. Food & Drug Administration (FDA), medical devices comprise everything from simple consumables such as bedpans and tongue depressors, to sophisticated electronic devices like implantable pacemakers.4 While the AI-powered bedpan is likely still a few years away5, there are currently several examples of FDA-approved medical devices making use of AI and/or machine learning (ML). For reference, these devices are summarized in an online database generated by a team from The Medical Futurist Institute at Semmelweis University. As presented by Benjamens et al. in their article describing the database6, the primary medical specialties utilizing AI-enabled medical devices are radiology and cardiology which boast 21 and 4 FDA-approved medical devices respectively as of March 2020. There are several others, including endocrinology (think diabetes management), as well as neurology.

Diagnostic radiology has been fast to embrace AI/ML tools, which is in line with the field’s history of innovation and adoption of advanced imaging technology.7 The major benefit that AI/ML algorithms have given to radiology is the ability to ‘quantify’ images, not vastly different from the facial recognition example described earlier, and cross-check them against a database with similar image features and diagnostic outcomes. Given that several, maybe thousands, of physicians have contributed to such a database, the patient’s diagnosis is being made by an algorithm trained by thousands of clinicians rather than a single individual.

The value of this collective clinical intelligence and quantification of imaging is a significant improvement over “get a second opinion”.

In this original research report, we examine the concerns and preferences of consumers across the United States.

In addition to augmenting clinical diagnostics, AI has great potential in the wearable/continuous monitoring space. There are now several FDA-approved continuous glucose monitors (CGM) that allow diabetic patients to monitor their blood sugar without fingersticks, though infrequent fingerstick calibrations are sometimes required. For example, Dexcom, Abbott, and Medtronic all produce a wearable glucose sensor that physically penetrates the skin and remains in the subcutaneous space for up to 2 weeks at a time.8

As of 2018, the Medtronic Guardian Connect System has acquired FDA approval for the use of AI to predict glucose changes up to 60 minutes in advance.9 While the ability to monitor glucose continuously is hugely beneficial to the diabetic community, the holy grail is the closed loop insulin system or ‘artificial pancreas’. DreaMed, an AI-fueled software company, has created an FDA-approved algorithm to help diabetics monitor and predict blood glucose levels – enabling technology for the artificial pancreas.10 Consistent with other AI described in this article, DreaMed’s software tool collects and organizes data that can be used to make decisions for the user based on historical and current physiological parameters. This is a powerful example of how combining excellent hardware with AI/ML is making strides toward emulating – or perhaps replacing – one of the most complex physiological systems in the human body.

Blood glucose monitors are only one example of a plethora of wearable health monitoring technologies, all of which are more likely to achieve maximum impact by making use of AI and ML algorithms. It goes without saying that preventative or prophylactic care is much preferred over the standard “fix it when it’s broken” approach. By gathering vast, high-quality data with excellent hardware and feeding it to the smartest AI/ML algorithms, we are heading towards a healthcare paradigm shift in which quantitative, predictive, and personalized are the critical syntax.

As we described above, the benefits of paring AI with medical devices is great, but are there any safety or security concerns? Will your pacemaker get hacked? Can regulatory bodies protect you? We’ll cover this in our next article entitled Will my medical device get hacked?

AI is coming. Learn about your customer's Confidence in Electronic Medical Devices.

In this original research report, we examine the concerns and preferences of consumers across the United States.

Is Salesforce Health Cloud the Right Fit for Your Organization?

At Penrod, we often have health care clients ask if Salesforce Health Cloud is the right fit for them. From satellite clinics to larger healthcare systems and specialty…

The Guide to Salesforce Org Migrations